CHAPTER 5: Origin of the Species

Pualani, the delicate flower, stood at the railing of Prudence’s lanai. She wore a thin white dress decorated with pink and yellow swirls, like the colors of sunset; the hem just barely touched the tops of her twenty year-old feet. Tucked behind her left ear was a pink plumeria blossom, indicating she was spoken for. Beside her, with his hand resting above the curve of her buttocks, stood the Rinpoche, who was dressed in a tunic top and his trademark tan coulottes. 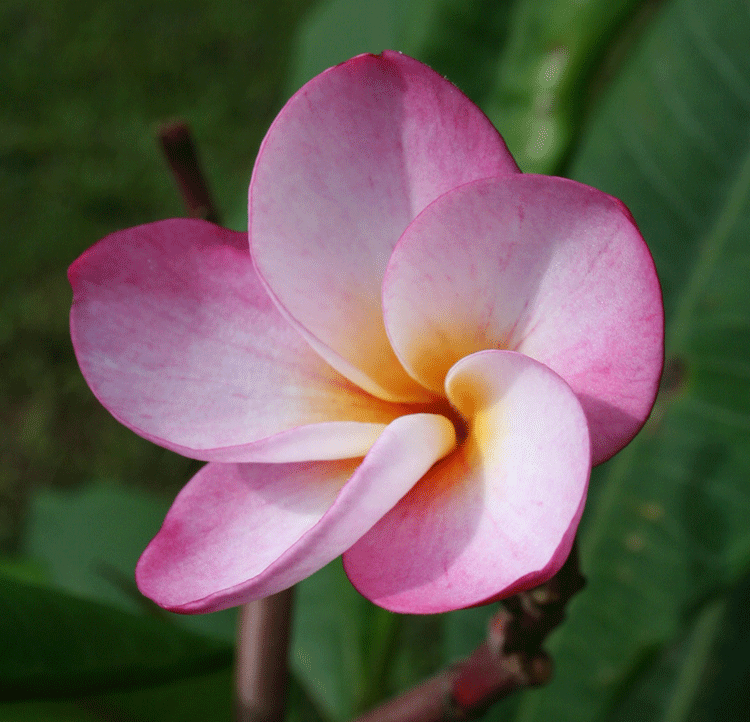 “It looks so different without all the people here,” Pualani remarked. The first and only time she’d seen Prudence’s property was during Manu’s luau. “It’s so peaceful.”

“You’ve done well, Prudence,” said the Rinpoche, looking out over the acreage.

“Thank you.” Prudence was wearing a billowly blue cotton skirt and a white blouse. Behind her right ear, indicating she was single, was a white hibiscus flower, which contrasted against the blackness of her hair. She was standing next to the Rinpoche and facing the house. “It’s a lot of work but I can’t imagine being anywhere else.”

The Rinpoche grunted in agreement. “Is that Manu’s cottage, there, tucked away amid the shower trees?”

“There’s a makeshift road,” said Pru, “on the far edge of the property.” She looked south toward the volcano. “It runs down the hill then cuts in through the cane grass.” She turned around and traced her line of sight with her finger. “You can kind of see it running alongside the coconut palms.” 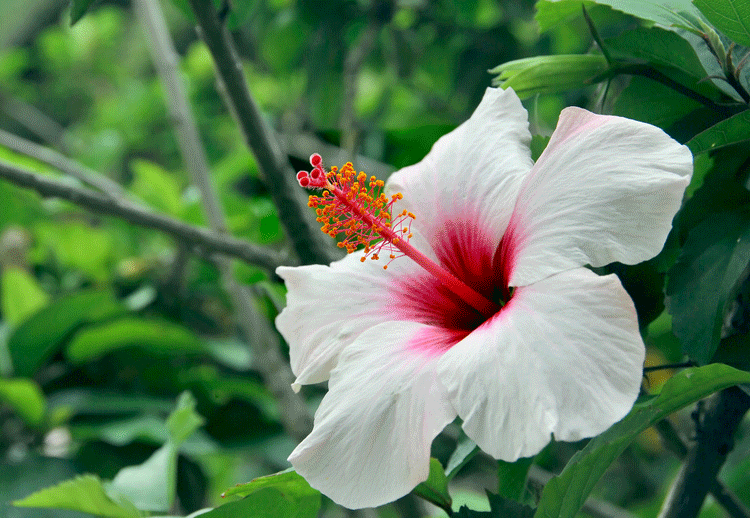 Prudence took a sip of her kalamansi martini. She was proud of herself: she was behaving. She had invited Kyle over as the aunties requested. She nearly cancelled the invitation after she’d extended it, having thought about how crass he was after she picked him up on Kapoho Road. (As if she’d actually sleep with him…)

But now here they were. She was being tolerant; she was not being unkind.

She looked at Pualani, standing so close to Kyle and obviously enamored of his attention. In the young woman she saw herself, twenty years prior. She wanted to say to the girl, Be careful with that one. She had an urge to take her aside and tell her her own story about life with the holy man, nee motivational speaker, nee country club neer-do-well. She wanted to warn her that if she got pregnant there would be serious trouble: abandonment, heartache, disillusionment, and no short measure of rage. She wanted to offer the girl some protection, the very same sort that in retrospect she would have loved to have had before getting tangled up with Kyle Weatherly. But what good would it do. Back then, she, like Pualani now, would likely have ignored any such words of caution.

(Several years from now, around the time of The Coming, as it would come to be called, Pualani would tell Pru that she knew all along that the Rinpoche was a fraud. “But he treated me well, which is somewhat surprising, and he was good in bed. I told him the second he made a misstep it would be over, though. Of course it never came to that. As we know.”)

Pualani pulled gently at the top of her dress as the trades blew the fabric tightly against her skin.

The frosted clouds of sunset were tinged with pink highlights like the swirls on her dress. The sky faded into greyscale as the three of them stood on the lanai talking. As it did, Prudence decided she would say nothing to Pualani about Kyle. She would let the girl make her own mistakes. Derelict though he was, self-indulgent and untrustworthy, he wasn’t violent or abusive, so in that regard he was safe. Maybe he’d be a good for her actually: help bring her further out of her shell without doing any emotional damage.

Of course, it was a gamble. Affection always is.

Dinner was held at the table.

There is no dining room per se in Prudence’s house. The oval shaped, mango dining table abuts the kitchen, with its somewhat rustic, hand-hewn and rather Puna-ish cupboards. Behind the table is the sitting area, with a comfortable sofa and two mismatched side chairs just inside the front door. Both areas are fronted by wide sliding glass doors that open onto the lanai. Screens keep the bugs out.

The table was dressed in a simple white cloth and decorated with candles in glass hurricanes. The silverware was sturdy, a marriage of incomplete sets, with decorative patterns along the edges that fell just shy of what you might see in your grandmother’s house. The wine glasses were some bubble-beaded creations Prudence found in a thrift store. A white gardenia floated in a shallow bowl of water, giving off a faint perfumey scent.

“This is lovely, with the breeze coming in,” remarked Pualani. “It’s been so still for weeks now.”

The breeze was faint but noticeable. It swept into the house in airy, occasional puffs, just enough to flutter the flames on the candles.

For dinner, Prudence had baked six ono fillets in coconut milk, spices and kaffir lime and had set the roasting pan on the table beside her. Elsewhere, resting on trivets, were a glass bowl of sauteed vegetables and greens, and a bowl of purple rice.

She served herself another half piece of fish, offering more to her guests. The Rinpoche nodded agreeably, while Pualani politely (unsurprisingly) declined.

“I’ve often thought about getting a wind turbine,” she told them. “Aside from when we’re in drought, there’s a lot of wind on this hill.”

“A wind turbine?” The Rinpoche looked amazed. “Those things make a horrible racket.”

“Not necessarily. You should check out some of the new technology.”

“If the sun isn’t shining,” said Pru, “it’s usually windy. Even when the sun is out, we usually have the trade winds blowing. So why not.”

“Well, that’s—ambitious,” said the Rinpoche. “But do you really think it’s practical?”

“I do. It’s icing on the cake if you think about it. It could meet my electrical needs at night and minimize drain on the batteries.”

“Well,” said the Rinpoche, “solar is admirable – and wind power is theoretically intriguing – but think of how much easier it is to string up a cord to a power pole.”

“But who wants to look at power poles?” said Pualani.

Prudence was pleased. She hadn’t invited Pualani to tag team Kyle on matters of off-grid energy – she wasn’t about to be in the same house alone with him – but that was indeed a welcome comment.

So here they were, the three of them. Prudence had been delaying the topic of geothermal, waiting for an appropriate segue to lob out the dinner spoiler. The gracious gift of the light puffs of ‘ōnini wind brought to her dining table by Laʻamaomao, goddess of wind, was precisely the segue she needed. And gratefully, it seemed, she had an ally in the heavenly flower seated on the other side of the Rinpoche. 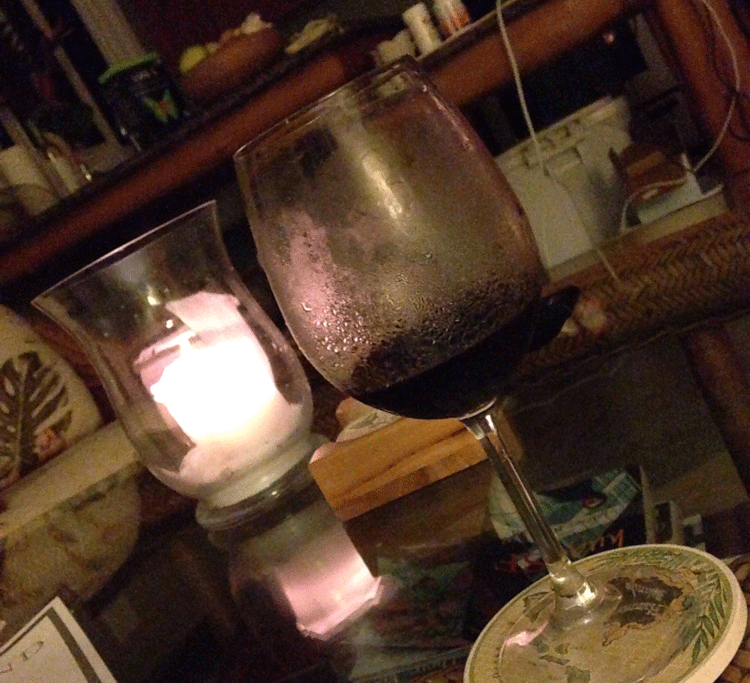 Matthew Lawless arrived around 8:30 that night. Prudence could hear his old pickup truck rattling down the road as she set the dinner dishes in the sink. She pretended she hadn’t heard him and returned to the table, asking Pualani and the Rinpoche if either of them cared for more lemongrass tea.

“No thank you, Pru, this was all really delicious,” said Pualani.

“Thank you,” Pru replied. Then to the Rinpoche: “I’m glad you both came over. I didn’t mean to bust your nuts about the geothermal thing, Kyle. But really, sometimes you have to back off a bit. Pay attention to what’s going on around you. Listen to people. More importantly: look at yourself and how you’re behaving.”

The Rinpoche raised a hand. “No more lectures, Prudence. I got it. Because you’ve lived here so long you think you know everything about the place and its people.”

“No, on the contrary. That would be your assumption. I’d say there’s still a great deal I don’t know.”

Just then the sound of tires on gravel, and a noisy old engine coming to rest.

“You have company?” Kyle said.

“It’s just Matthew, my neighbor.” She brought her thumb and forefinger to her lips and mimiced inhaling.

Prudence went to the front door and opened it. She stood out on the small front lanai and waited for him to approach. When he got to the foot of the stairs he looked up at her: “You have people over.”

Inside, Pualani was folding her napkin and the Rinpoche took a glance at himself in a painted mirror hanging on the wall near the bedroom.

When Matthew came inside, they all said their hellos, reminded who was who, and then the Rinpoche, looking dubiously sincere, cupped his heads and bowed slightly toward Pru. “Namaste. Thank you for dinner, Prudence.”

She lowered her head and did the same. “Namaste, Rinpoche Samdup.”

The Rinpoche grabbed Pualani gently by the back of her arm. She managed to squeak in a “Namaste” and a quick bow to Prudence. As she was led out the door she waved and chirped, “Aloha, Matthew.”

“See you all,” said the lanky neighbor, raising a hand to say goodbye.

With that, Prudence shut the door and Pualani and the Rinpoche disappeared into the night. 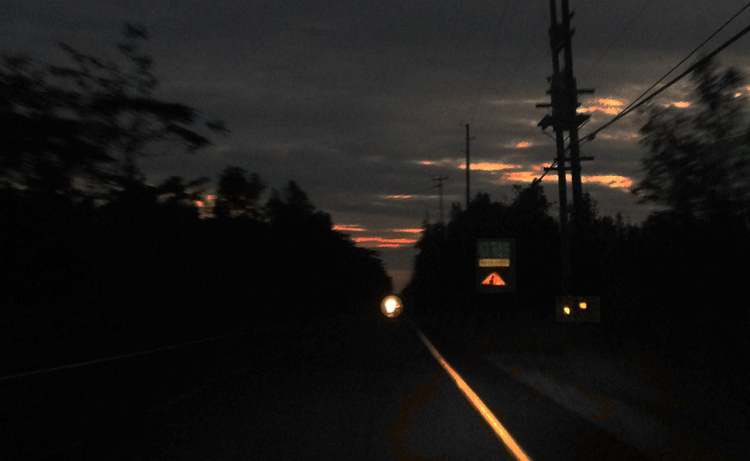 Matthew sucked in a chest full of hot, aromatic smoke. He held his breath for few seconds then slowly emptied his lungs. At the finish he cooed, “Mmm, nice.”

“ It's not nearly as rough as the stuff you gave me.”

Matthew nodded in agreement. “I brought some over anyway, in case you didn’t have any.”

“Are you kidding? With those two coming over?” Prudence shook her head. “I was well prepared.”

“Well—.” Pru sucked on the pipe and then tapped the burnt remnants into a brass ashtray shaped like an elephant.  (Its back lifted off, reveling a concave inner chamber. ) “If it isn’t some pretty young thing in clingy, see-through fabric that cranks up his erector set, it’s geothermal land leases. Or some other scam.”