The following morning, Auntie Lulu stopped by Prudence’s place on her way to work. She pulled her four-by-four pickup onto the lawn and honked the horn.

Prudence wandered groggily onto the lanai.  She had clearly just gotten out of bed.  Normally she was up by six, seven at the latest unless there were extenuating circumstances. Here it was nine o’clock and the car coming down the drive is what pulled her out of sleep.

She approached the rail and muttered, “Hello, Auntie.”

Lulu climbed the stairs, grabbing the railing for support. She was a large woman and sometimes each step she took felt like she was taking two. This morning the stairs leading up to Prudence’s house seemed steeper than usual. Lulu blamed it on the wine last night. 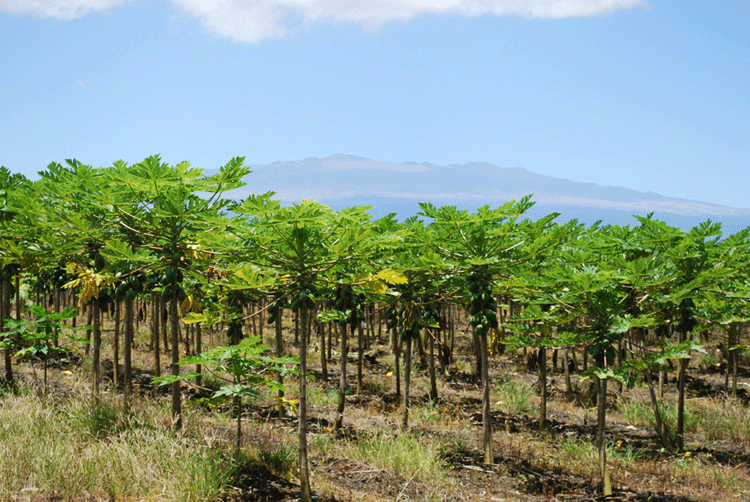 “Girl,” she said, upon reaching the top, “you need to move your house down to ground level.”

Prudence grinned and she gave her a hug.

“Well, I just come by to thank you for dinner last night. And apologize for it got out of hand.”

“There’s nothing to apologize for, Lulu.”

Prudence rolled her shoulders wearily. “I am. Usually. Unfortunately I took a couple hits of some weed Matthew gave me. It had been sitting on the sideboard begging to be smoked, and,” she put her hands on the sides of her head, “oh my word…”

“Must of been some crazy kinda weed.”

Prudence mustered a laugh. “You have no idea.” She laid her hand on Lulu’s wrist. “Come inside. Do you have time? Let me splash some water on my face then I’ll make us some tea.”

Prudence put on a pot of water and took two cups from the dish drainer. Lulu sat sideways in a chair watching her. “I had the worst dreams last night,” Pru told her. “I swear, that weed was wicked!”

“It was the weed. There was murder, secrecy...Someone was eviscerated right in front of me! They were horrible dreams."

“I swear. I have the same problem every time I eat Auntie’s lemon meringue. You didn’t see? No, I didn’t take a bite of it last night. She makes her pie with lemons from I don’t know what kinda evil tree. One night she served that demon dish and I was up all night with hallucinations. By day she does the Lord’s work, but when it comes to fixing dinner she moonlights for the Devil." 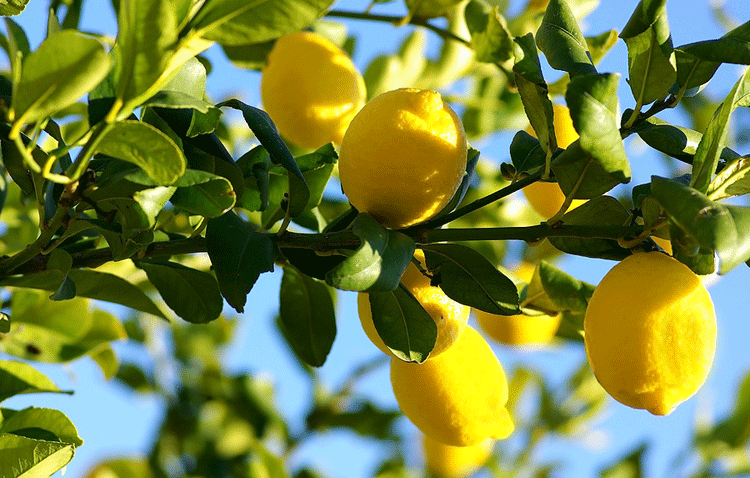 A few minutes later, Prudence came out of the bathroom wearing a loose cotton dress. She tied her hair back and came to the stove and turned the tea kettle off. She thanked Lulu for letting her quickly rinse off and change into something civilized, then crinkled two kaffir lime leaves between her fingers and put one in each tea cup.. “I feel a little more alive now.”

Truth is, Prudence was feeling set upon by the whole Rinpoche thing. He was baggage she left behind twenty years ago, and now suddenly it’s been returned to her—in multiples.

“Yes, unfortunately. But he’s not my responsibility, Lulu. He is so far removed from my life these days.”

“And I respect that. But look at what he does: Pastor Grace, holding secret meetings; Uncle Billy calls me and says Keep that haole away from my kipuka; I got family on one side ready to sign away their land for life, and on the other side they’re ready to fight with the other half. This man is trouble, Prudence.”

“If he hears from you he’s causing more trouble than good, maybe we can prevent him stirring up more. Maybe even get rid of him.”

“Why don’t you talk to him? You’re essentially royalty. If he’s not going to listen to you—.”

Lulu shook her head avidly. “I won’t control my temper around him.”

(True, Lulu hasn’t been this troubled in some time. And her display last night…)

“Why not have Pualani talk to him?” said Prudence, breaking the hug.

“Unh? No way. To listen to that one is like having a piece of white bread talking at you. No, I’m sorry. She’s a fine girl and she works hard but getting mixed up with that one…No good. Besides, she doesn’t have your influence. And you know that crazy, make-believe kumu will do anything for you.”

“It’s true. Now, you know I will never ask you to do anything makes you uncomfortable. But like I told you, Manu always said, ‘Talk to her. She knows what she’s gotta do; she’s gonna do what’s pono’. It’s because of Manu that we brought you into our circle. And it's because of your mana, your good heart, that you stay.”

Prudence stared at her and grinned. Clearly, the discussion was pau; the decision ineluctably decided; her course of action written. “So you want me to shut him down.”

“Yes, girl. Otherwise I can’t be held responsible for my actions.” 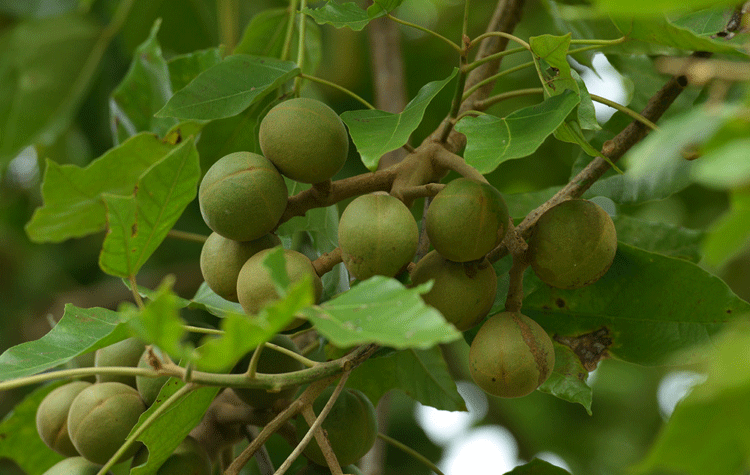 Rinpoche Samdup tied his tennis shoes and then rummaged through his suitcase in the closet to locate his running headband. Once fully decked out, he left through the side door of his cottage on Kapoho Road to stretch his body in the shade of the kukui trees.

Each morning a mist normally gathers around the crest of the mounded crater behind the house. As the sun rises it renders itself as a delicate blessing of moisture which falls to the grass in airy droplets. There has been no such heavenly mist since the Rinpoche’s arrival, though. With a palm pressed against one of the kukuis he stretches his calves, alternating between legs. The balls of his feet kick up dry ground beneath them, a mix of cinder, pale grass and dessicated mulch.

People don’t run in Puna; this isn’t Kailua-Kona. The closest thing to a sidewalk Puna has is a gravelly edge of the road and the shallow ravines that water pipes run through from the pumping station all the way down to the papaya farms.

People do bike, however. Oh, the biking is wonderful, if you like that sort of thing. Undulating hills, tremendous scenery. Mind the locals, though. Some of them are fast-driving motherfuckers. Run you off the road and you’ll never know happened.

Despite the warnings from Pualani, and from Mimi the yoga instructor, the Rinpoche head out running.

He will be fine. Suffer no injuries, won’t get hit. He’ll survive the heat, which, at nine in the morning was heating up to become like a dry convection oven, baking you in your own juices.

Nevertheless. People don’t run in Puna, unless they trying to catch the Hele-On, which is our bus. Seeing somebody running down the shadowy curves of Kapoho Road is like watching somebody cooking eggs in the back of a church while Mass is going on. It’s all good and well, each in its own. But when you put them together – eh, not so much.

The Rinpoche was no true Punatic, though. This much we know, and it had been secretly, quietly, in gurgling, murmuring circles been coming more and more to light in ever louder voices: those opposed were railing against those in favor; certain people, depending on their point of view, would stop smiling when Rinpoche came into a restaurant or store.

Reap what you sow. This you can say of a stranger come into paradise with a head full of ideas and no more respect for the ways of the place where he landed than did a usurper government who banned as abominable the beautiful language of the land.

(First come the missionaries, followed by the businessmen.)

These were the thoughts of Fishbone, the slender, aging, and prickly husband of Pastor Grace. He sat in his plastic chair in a back corner of the Four Corners General Store, surveying the old restaurant as a sweaty, dehydrated Rinpoche labored up the few front steps and pulled open the screen door and came in, decked out in some ridiculous looking running gear.

Fishbone had initially been on the Rinpoche’s side – that is, he and Grace stood to earn a decent few dollars as more people signed up for geothermal exploration on their lands. But there was something he wasn’t liking about the man. He couldn’t put his finger on it, except for thinking that he was a pushy sort of holy man. A bit too mysterious for Fishbone’s liking. A troublemaker.

The Rinpoche bought a bottle of water from the presently joyless Tita ‘Aina and went over to Fishbone’s table looking exuberant but physically worn out. The run had did him in.

The old man looked him in the eye, and then away from him. He surveyed the old styled room around them. ‘Aina was at the register casting what looked like stinkeye on the Rinpoche; she hollered back at Damian, who was in the back room washing dishes. “Be careful how much water you use! I don't want to have to fill up the catchment tank.”

“May I sit?” asked the Rinpoche.

Fishbone’s skin was wrinkled and brown, dark dark brown. He shrugged his shoulders and held out a weathered hand as if to say, Do what you want.

The Rinpoche sat down, all grins and happiness. “How are you, Fishbone?”

Fishbone pulled the toothpick from between his teeth and replied in characteristic gruff: “You took our rain.”