The windows in Prudence’s house are almost always left open. They have screens to keep out mosquitoes, and the overhang of the roof keeps most of the rain out. The winds breeze through all day and only if a storm is coming straight in from the ocean does Pru ever close the sliding doors, which face east.

This afternoon the house was wide open to sunlight and simmering trade winds. 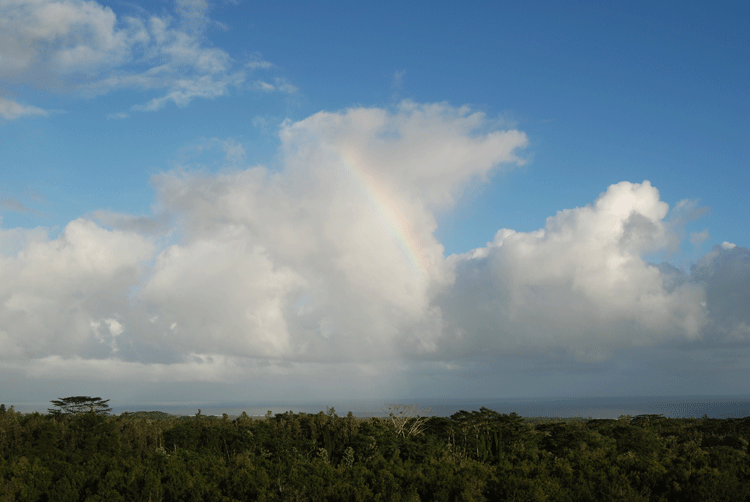 “You seem down,” Matthew told Pru.

“I’m not.” She leaned across the table and motioned to him. “Give me that.”

Matthew sucked on the pipe and then passed it over to her.

Pru took a slow deliberate drag. She closed her eyes and inhaled the smoke, letting it graciously invade her cells.

“You know,” Matthew said, “when I first met you I thought you were a lesbian.”

Prudence exhaled and peered at him. She handed him back the pipe. “Interesting. What gave you that impression?”

“I guess you living alone in the jungle without anyone—.”

“You live alone in the jungle.”

“So you’re assumption about me was naïve and sexist.”

Matthew hung his head down and blew smoke toward the table. The wind picked it up and scattered it throughout the dining area.  “Ouch. Sorry.”

“I’m not criticizing you, Matthew. All I’m saying is that your reasoning is flawed. It’s not your fault necessarily. You’ve been fed that perennial, condescending attitude – oh, a woman can’t really live on her own and be happy – that keeps women underpaid and undervalued and perpetuates the myth that women are second class. Or less than. Or dependent upon men. Unless they’re lesbians, in which case: Watch out.”

“I’m just telling you to be aware of how you interpret things. Don’t run everything through your straight white testosterone filter. The world is vast and different. And this, my friend, is Puna. Leave your parochial point of view on the mainland.”

“Don’t be sorry, be attentive.”

Prudence got up and filled the kettle from the kitchen spigot. She was in the mood for tea. “Life isn’t always as it appears.” And she’d be in the mood for something to nibble on soon, so she retrieved a box of ginger cookies from the cupboard. She walked back to the kitchen table and set them down. “Have you ever castrated a bull calf?”

Matthew looked at her quizzically.

“It’s disgusting. First of all, you have a very unhappy animal. And then you have to cordon off its balls and chop them off. Blood flies everywhere and then you’ve got to cauterize the area where the ball sac used to be, which means you’ve got this stench of burning skin and…cow parts.”

“Why are you telling me this?”

“Did you know that I castrated a bull calf once?”

“We’re not all appearances, Matthew. What you see (or what you think you see) isn’t necessarily what you get.”

“Told you it was good stuff.”

Pru steadied herself. “I’ll tell you something else.”

She sat down. “Years ago, when I was 19 or 20 years old, I dated a poor, lost soul named Kyle Weatherly. He was a nice guy, a little older than me. Smart, I thought. Traveled. Good looking. Had an education. Was pretty sexy, but in a disenfranchised frat boy sort of way.”

“I’m vaguely acquainted with the concept.”

“So I’m dating this guy, and he brings me here to the Big Island. We stay for six or seven months – maybe a little longer. We spend our time cruising up and down Red Road in a beat up old junker picking noni and harvesting bananas, doing parties and drum circle at Kehena, hanging out at Kukio Kai…It was kind of cool.”

“Well, then he gets this idea to go to Mexico. So we go down to Chiapas and live there for about a year. Mind you, I was nineteen, dropped out of college. To me, Kyle was some sort of demi-god at first, this highly energized creature who’d abandoned all the trappings of upper middle class suburbia in exchange for the pursuit of enlightenment and true being. He’d done what I was trying to do: he escaped his roots.”

“He was a bullshitter.”

“He was, and I he assume still is, a liar, a fraud, and a completely self-absorbed – thing.”

“Ahhh…the Rinpoche! I knew there was something wrong with you today.”

“Kay Watanabe called from the Snack Club. She said he came in there looking for me last night.”

“Wonder what he wants.”

Pru shrugged. “I’m sure he just wants to see me and say hello. Maybe he’ll apologize for being a prick and abandoning me in Mexico.”

“Well, technically I left him, but he couldn’t have cared less if I’d been kidnapped by Zapatistas.” She heard the tea kettle wheezing, so she stood up. “In a very strange way, I’m curious to see him.” She gestured grandly: “Rinpoche the Magnificent!…what a fucking fraud. I wonder what poison he’s come over here to spread.”

“People don’t change. They are who they are.”

“Well, if you need help with him, let me know.”

Pru faced Matthew and planted her hands on her hips. In the background the tea kettle began to shriek. “I can handle him.”

“No. Patronizing. But thank you, I appreciate your concern. Don’t forget I learned a very handy skill in Vermont.” 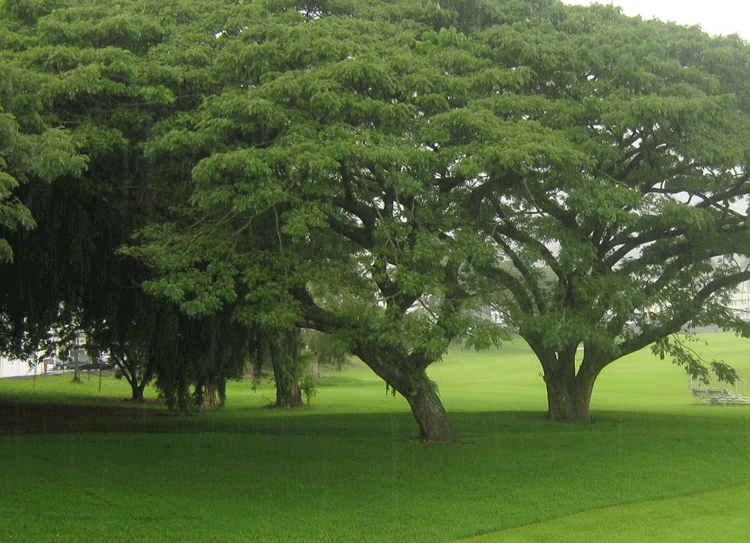 Pualani, the retreat coordinator at Kukio Kai, sat down next to the Rinpoche at an oblong teak table beneath the sweeping umbrella of a monkey pod tree. There were a few others at the table: Darryl, owner of the retreat, a 70ish sprite of a man with bright hazel eyes and a mind that is perpetually somewhere else; Faruk, the general manager, a tall, dark-skinned Indonesian-Turk from the Solomon Islands; Bernard, the friendly but sometimes sullen operations manager who keeps everything running; and Elise, one of the lead yogis.

“Auntie Lulu sends her regrets,” Pualani announced to the table. “She’s working on a program with the county schools and had a meeting in town this afternoon. She’ll join us for dinner tonight, though.”

Rinpoche took hold of Pualani’s right hand and reached to his other side and took Faruk’s. The rest of the table joined hands and bowed their heads to create a circle of thanks. Rinpoche Samdup said a few words of thanks for the invitation, the food, the retreat, and those surrounding “this magical place.”

They replied in unison, “Namaste.”

Rinpoche let go of Faruk’s hairy dark hand and remained holding onto Pualani’s. He leaned in and whispered: “Did you invite Prudence Overmeyer to tonight’s dinner?” 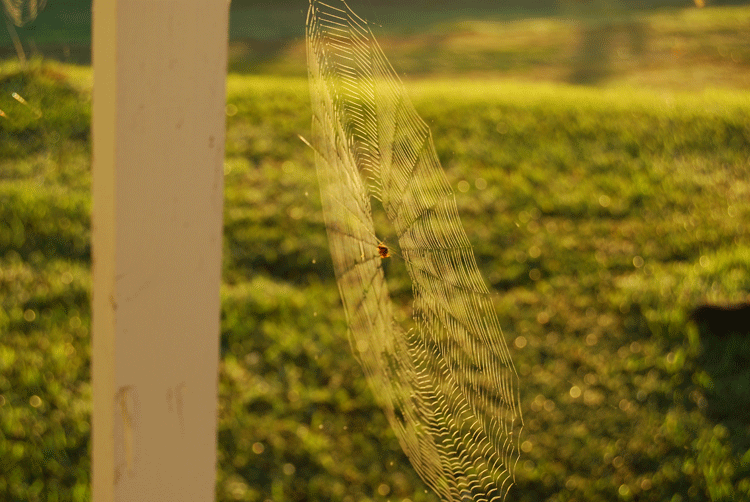 Life isn’t all appearances, and beneath what we see in other people lie vast worlds we’ll never get to explore. They are private worlds, owned only by that individual. Some people let you in; most don’t.

When Prudence left Kyle Weatherly in Mexico 20 years ago, she was four or five weeks pregnant and had been living with him for the past year in a coastal town called Boca del Cielo. The town’s main road had been washed out by early October rains and all she wanted was out.

She had had enough of Kyle – his self-aggrandizement, his freakishly controling ways, and the private air of superiority he assumed over the people of town, even though to their face he acted like a compadre or friend.

When Prudence told Kyle she was pregnant, he had a fit. He wanted nothing to do with a child, wasn’t going to “wreck my life with parenthood.” They argued. They slept apart, she in the bed and he in a hammock on the terrace of their small house along the sand. This went on for several days, three grumbling meals a day, he constantly asking what she was going to do she and she ultimately deciding that she’d had enough.

Which, ironically, she did.

She was already suffering from occasional morning sickness and the donkey only made it worse. The animal was slow moving and bristly, and smelled like a pair of men’s wet shoes. Pepe, a man who built cinderblock houses, pulled the reluctant burro along the muddy trails until they reached the highway. There he waited with Prudence until the bus to Arriaga arrived. Pepe advised her to take the bus to Arriaga but to NOT proceed to Tuxtla Gutiérrez or San Cristobal de Las Casas because, according to the news, a Zapatista rebellion had begun and the rebels were taking over towns in the vicinity and it probably wasn’t a good idea to get mixed up in all of that.

So instead, Prudence took a bus from Arriaga to Tehuantepec and then, by the grace of somebody’s god, made her way up to Oaxaca City, where she caught a flight to Mexico City and then another flight back to Rhode Island, where, forty-three hours later she would come face to face with the bemusement and relief of her parents and the badgering of her sisters to know what exactly had transpired over the past two years. (She claimed that she was troubled by politics in America and worried about the Zapatista Revolution in south Mexico, and felt she needed to be in school, which is why she came home. Her younger sister could see through that veil, but she couldn’t see what was on the other side.)

Prudence did confide to her older sister the principal reason she had come home. She touched her belly and started to cry, and asked her sister to find her “a doctor.”

At the age of 21, she wasn’t going to bring a child into the world that she had no certainty of being able to support, either financially or emotionally. If you’re going to have a child, she told herself, then you should be fit and full of faith that what you really want is to introduce a new member of the species into the fold of humanity – to cast it amongst the crowd and be certain that you have given it everything it needs, including a significant portion of yourself, in order to not just survive but to thrive.

And so it was not so astonishing, wasn’t a surprise to her older sister, really, and she said as much, when on the morning of “the appointment” Prudence awoke with terrible pains in her uterus which were followed by blood. 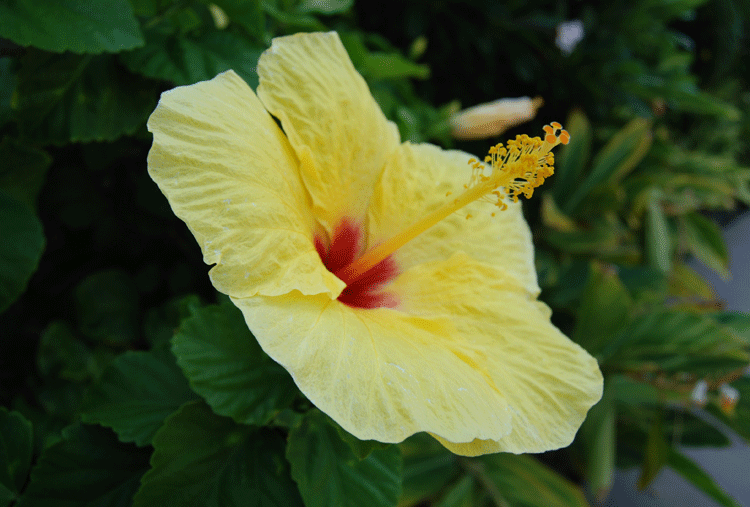 The one thing Kyle Weatherly used to say to Prudence all that time is that we are who we are, cradle to grave. (As though this were a justification for his brutishness and arrogance.) We come into this world for a reason which is never known to us. Part of life’s puzzle is figuring that out, and accepting it.

He also used to say that we choose our parents. A guru at Esalen told him we reincarnate and choose the family we come into in order to resolve unresolved conflicts from previous lives.

If that were true, Prudence couldn’t imagine why she’d chosen this family to be born into. Was she unconsciously seeking boredom in this life to compensate for some hyperactive past incarnation? And what of the life that had just fled her? Was that a vote of no confidence?

That latter part, the pregnancy, she didn't divulge to Matthew. That portion of her history was Pru's private domain. Matthew had taken a handful of ginger cookies a little while back and climbed into Yota and headed up the hill toward home. Prudence, after that, lay down on her napping couch on the lanai and contemplated a very strange invitation she received from Pualani, the events coordinator at Kukio Kai Retreat & Spiritual Center, who had just called to invite her to dinner. 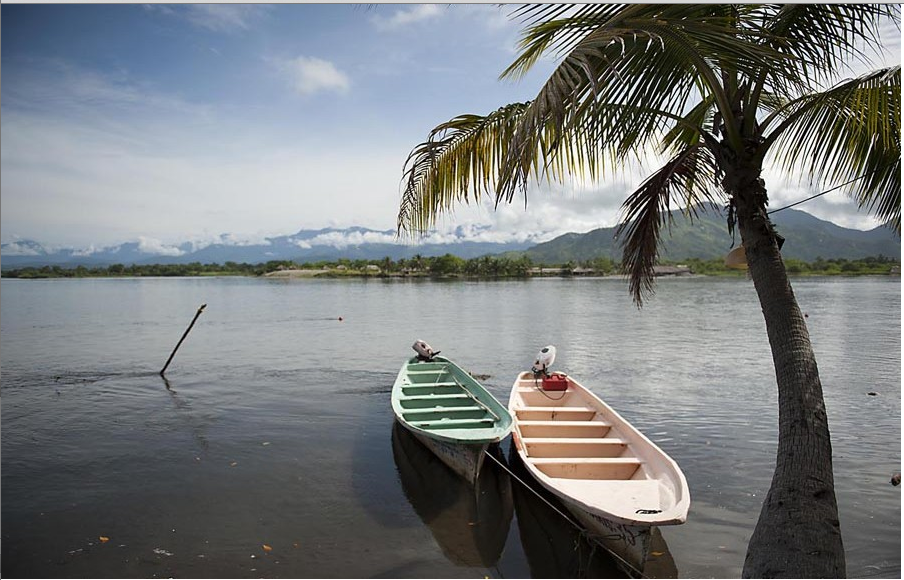