A breakfast for the small group that was planning Manu’s memorial luau was hosted by Auntie Grace at her house in the Upper Puna neighborhood called Aiwa’noa, or as some call it: I No Wanna. As in: “I no wanna go there.”

Few outsiders, even diehard Punatics, venture into Aiwa’noa. For some reason Aiwa’noa has a disproportionately high rate of trouble makers – more so than the neighboring Lavaland, which is a much larger development and has better places to hide. While Lavaland is known for its high density of mainlanders living under State-sponsored witness protection programs, the much smaller Aiwa’noa is populated with people hiding out from the Federal government under assumed identities and other means of obfuscation. Some of its most dubious characters are members of Auntie Grace’s flock at the Church of our Savior.

Nevertheless, the gang of five gathered at Auntie Grace’s for coffee, pastry, prayers and some discussion. 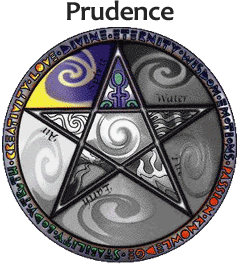 Prudence was there, naturally – courtesy of the kanaka council. It was they who had decided the luau would be held on her property. At first she was honored, humbled. Now as she chatted with the other four at the dining table and started visualizing the event, she was getting excited. 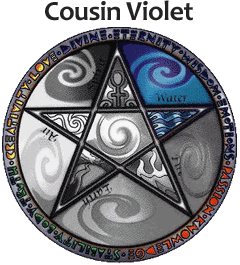 Cousin Violet Fukumora took charge of the discussion. She was a slender little whip of a woman, Japanese with a sliver of white haole in her lineage. Her father came to work on the sugar railroad on the Big Island when she and her sisters were little girls. Much to her now-departed father’s chagrin, Violet is no delicate flower. She can serve a tongue lashing for breakfast like you couldn’t imagine.

But she isn’t unkind. Her rigidity is more a matter of enforcement and assertion: she has strong opinions and rules for how you are expected to behave in her house, for instance, and she wants those obeyed; furthermore, she can’t tolerate being disregarded. She had been married to Akahele, now also departed, who was one of Manu’s cousins from Hilo. Violet now lives in a house on the coast, on a densely wooded lot along the bumpy old Government road. So close is the house to the ocean that when high waves crash against the cliff, her wood-framed house shakes and branches fall from the trees.

Ruth Wana'aonani was there as a representative of Upper Puna. She and her family own the lodge at the rim of the smoldering caldera. She has good connections to the important kumu and halau of Puna, and would be instrumental in coordinating the hula, so much of which has to do with honoring the past and, as is her daily obligation, appeasing Pele. 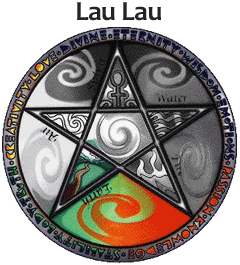 Aside from Grace’s husband (a man called Fishbone who was in the bedroom watching TV), Lau Lau was the only man who was present. He is Uncle Billy’s 30 year-old son, a rock solid, good looking Hawaiian man. Long black ponytail. Generally quiet, doesn’t say much. Never lets on to what he's thinking until he makes some broad pronouncement. In that he is like his father. But unlike his elder, Lau Lau is waipahē – agreeable and good-natured. 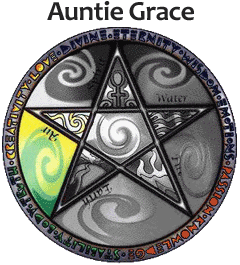 Grace was there of course: it was her house. Generally speaking, she likes to pretend she is in charge of things but really what she does best is to bring together people with divergent points of view, sit them in a room and get them to fighting so she can eventually intervene and come across as the peace keeper.

From that perspective, today’s gathering was uneventful: Violet did her best to dictate roles, Ruth took notes, Grace played devil’s advocate, and Prudence nodded obligingly or shook her head in doubt, not quite able to get her own opinions heard. The three Aunties went round and round deciding who would take care of what, eventually coming to a loose semblance of agreement. At the conclusion Lau Lau declared: “I will bring the tents and dig the imu.” 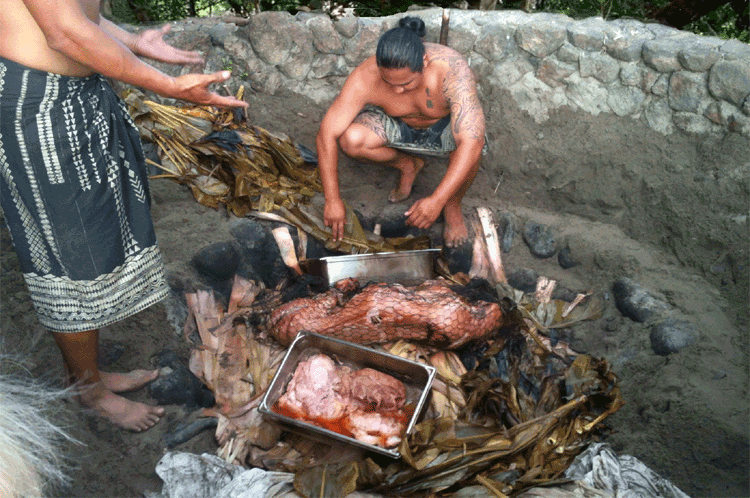 At work that afternoon Prudence told I’ilani, the cook, all about the plans for Manu’s ceremony: there would be an imu with not one pig but two; Violet volunteered Uncle Kawaimomona to play ukulele; Grace will arrange security; Ruth will invite some of the women’s halaus from Hilo and thinks she can get the kumu and dancers from Ke Kai O Kahiki, a well-known male hula troup from O’ahu.

I’ilani stopped what she was doing: “No.”

“Oh, my,” I’ilani sighed. “If I were a piece of kapa cloth I would wrap myself around those beautiful kane and never let go for nothing.”

I’ilani fanned herself with a handful of parsley. 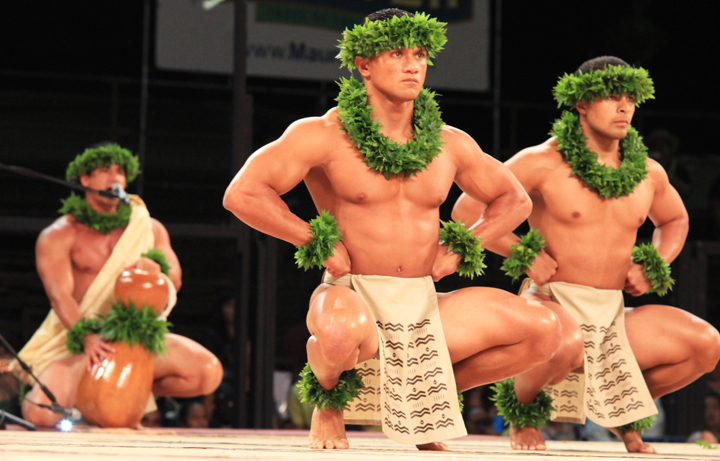 “Oh,” Prudence added, “Kapua will be singing some of Manu’s work.”

“Oh, she has a beautiful voice, that one.”

“And what about the food?”

“All kine from all parts?”

Prudence kind of smiled and tilted her head.

“Of course not. But right now I work that Friday, so Kay will have to cook for me that day.”

“She hasn’t been in the kitchen in six months. But there is no way I will miss that luau, sister, so she’s gonna have to make it work.”

“Thank you, I’ilani. Getting Violet and Auntie Grace to agree on anything is difficult.” 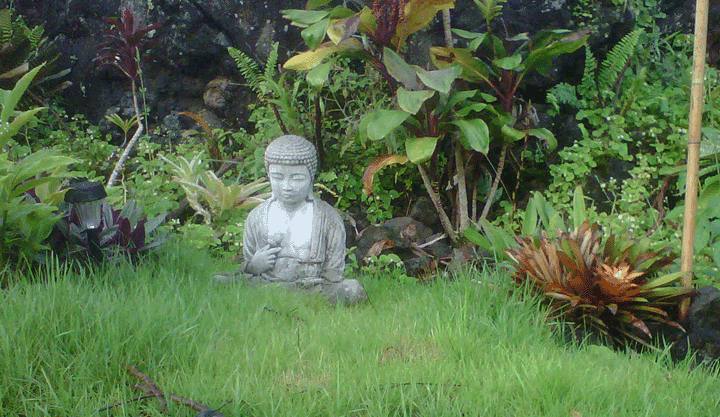 All throughout her shift, Prudence moved back and forth amongst the three rooms – main dining room, side dining room and kitchen – with a feeling of disconnection, or of doubt. True, it was Puna, and everyone would chip in and make Manu’s luau happen, and no doubt it would be a great affair. There would be plenty of food, plenty to drink. Tents would show up. Firewood and the performers and everyone else would materialize.

But…when they would show up? In what order or fashion? What if it rained, as if it was almost certain to do…?

At the council meeting at Uncle Billy’s, there had been much disagreement about the location of the event. Some wanted Uncle Billy to host, others the Kukio Kai retreat. Still others wanted a luau on the lava field atop Kaimu Bay or at the caldera. Eventually, though, Manu’s nephew Lau Lau, in his only vocal offering at council that afternoon aside from the Hawaiian prayer he recited at the opening, suggested Pru’s place as an alternative: “Uncle lived there and he loved it. And besides, Prudence has six acres and plenty of parking.”  A silence fell across the council as heads starting bobbing in agreement. Then suddenly Uncle Billy stood up from his chair and clapped his hands. “We have decided.”

Prudence had gone from that meeting honored and humbled to excited and now to worried. After the planning breakfast, she was feeling like she had no say in matters. Throughout the course of her shift, as she delivered food to and from only a handful of people at any given time there at the Garden Snack Club, she started wondering how she was going to manage to feed a hundred-plus people at her place.

“I see you worrying,” I’ilani said as Prudence came into the kitchen to pick up an order. “Stop that.”

“You mean you never gave a party before in all your years in Puna?”

“Oh, I have. But nothing this big. This is going to be huge! All of Kalapana will be there. And people from up and down the Red Road. Manu had friends from Ka’u and Volcano…”

“It means, your roots are showing.”

Prudence fumbled with the plates. “I can’t help it. I want it to be – right. You know? This is Manu. He was family. More than family.”

“I know, sister, don’t worry. It will all turn out fine. Good things come to those who don’t plan too much.”