The flow of time goes on unimpeded, like a wave rolling through the universe. We ride the wave, tiny mariners who, when our earthly time has come, are plucked from the surface of the water and burst into spirit dust.

If we were to sum our personal existence along this journey, to calculate who we are and what we’ve been, we would be obliged to do a mathematics of positives and negatives, of sines and cosines of curves.

Much as Prudence hated to admit it, Kyle Weatherly was right: who we are remains mostly unchanged throughout life; time is simply our essence dragged out across the years. What looks like personal change is really just difference. And those so-called inner transformations, those ah-hah’s and quiet epiphanies: the shedding of our false layers, the peeling away of our privately locked doors.

It annoys her that she would think of him just now, that thoughts of him should invade her mind at this particular moment. She is floating nude upon the rare, gentle waves at Kehena Beach.

Kehena is a dense wedge of sand that looks like black sea salt.  It hides amid a rocky enclave at the bottom of a cliff along the lower stretch of Red Road. Going swimming here tends to be risky  and challenging, if not outright treacherous. But with no breezes to stir up the waves these past few days, and an unusual weightlessness and calm suspended over Puna, the ocean today is like an undulating blue bay. The Rinpoche notwithstanding, Pru is experiencing one of those occasional moments of pure, unencumbered bliss. 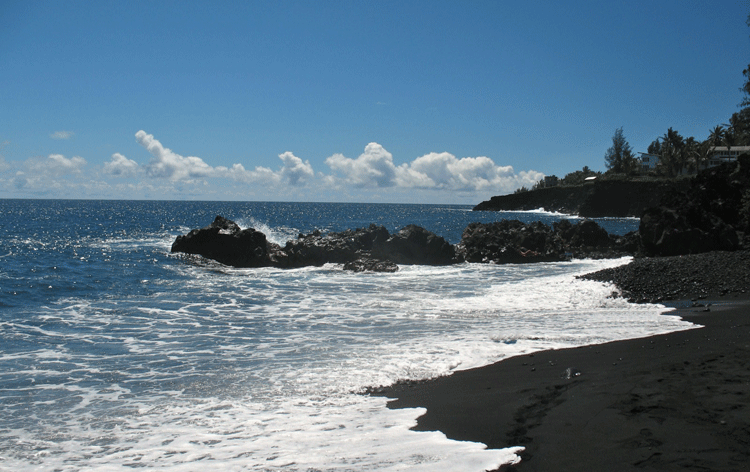 At one point Matthew swims up to Pru,  and then around and beneath her – playfully, unfettered, light.  Then he comes to a stop and treads water beside her.

“Are you hating this?” she asks as they bob like buoys in the water.

At Pru’s behest, and after some hesitation, Matthew had slipped out of his board shorts while in the water and he was holding them rolled up in his fist as he swam around. “You were so right, Pru. It’s much better swimming naked,” he exclaimed.

“Nude,” she corrected him.

“Whatever.” He flicked water at her with his fingertips and made a sharp dive toward the deep, arcing like a dolphin, his white ass reflecting light as his legs disappeared into the water. 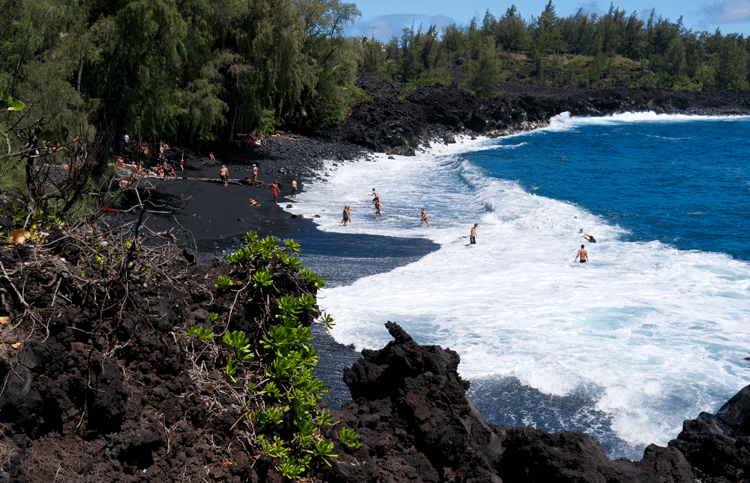 The entryway to Kehena beach is is reached by a dirt path that meanders a short distance from the road. From there one descends a natural stairway formed by rocks that hold up the cliff. After climbing down past roots and around the edge of the cliff, you end up at a slippery ledge nestled between large boulders, about two feet off the ground.

Ordinarily you can just hop down, or leverage one of the boulders for support. Regardless the approach, a helping hand is always welcome as you make your way to the stony edge of the sand.

Prudence was glancing over at the beach entry and saw a line of figures carefully descending the cliff. This is Puna’s version of a red carpet event: semi-clad or naked tribespeople, sporting nothing but tennis shoes and God’s free gifts with their belongings in backpacks and woven sacks, arriving against the large black backdrop of Pele’s handiwork so everyone can see.

Matthew meanwhile was facing the water, watching Katie Lynn turn cartwheels in the sand. Katie Lynn was a joyous 40-something, wheeling hand over feet at bottom edge of the sand. Water flung off her short blond hair like irridescent fireworks on a pinwheel.

“Well,” said Prudence with a small dose of irritation in her voice. “I suppose that was a calculable risk.”

Matthew, mildly hypnotized, replied, “What was?”

She shook his knee. “Check out who just arrived.” 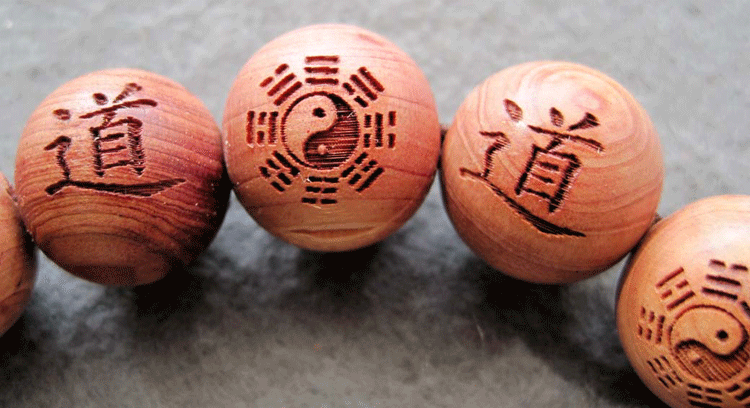 He was wearing tan linen pants rolled up at the calf.  His chest was bare and the salt-and-pepper trail of hair dazzled in daylight. Thin vibrantly colored strings were wrapped around his shoulders and connected to an Andean textile backpack that was resting on his back. The young woman whose hand he held as she stepped down from the path was topless, wearing a foresty green pareo wrapped around her waist.

“That’s Pualani. She works at Kukio Kai.” Prudence reached out to the top of her towel and grabbed her pareo. She stood up and wrapped it around her waist, tying the ends into a knot and giving it a gentle tug to fall in place. As she sat down again she told Matthew, “I trimmed today. If he comes over here, he doesn’t need to see that.”

Matthew looked at her oddly. “Trimmed what?”

“What do you think?” She lifted the edge of the blue-ish fabric covering her thighs and pointed at her crotch.

True, the idea was laughable: trim before going to Kehena? Why bother. There’s more unpruned shrubbery resting on the black sand of Kehena Beach than there is on the cliffside leading down to it.

Pru shook her head. “Just the customary quick glance when you got out of the water. It’s considered normal and polite – it allays any curiosity. But I certainly didn’t inspect things to see what was going on down there.”

“Well, I don’t manscape,” he replied. He sounded somewhat defensive. “I figure nature made it that way for a reason.”

“Yes. And the reason is so that you’ll have something to do when you have absolutely nothing else to do.”

A black shadow slid across the sand in front of them. It was followed by a second, more tenuous shadow behind it. The two shadows halted.

Prudence shielded her eyes and looked up. It was the Rinpoche. Pualani stood behind and slightly to the side of him. “Aloha, Kyle,” she said. “I mean, sorry, Rinpoche.”

Prudence managed a feeble “Aloha” in return. “This is my neighbor Matthew,” she told them.

They said their alohas  and Matthew partly stood up to shake the Rinpoche’s hand.

“You know, Prudence,” said the Rinpoche, “I was down at Uncle Billy’s kipuka the other day and Lau Lau was there. I asked him how the new place was working out and his uncle seemed completely surprised. He had no idea that Lau Lau had rented your ‘ohana.”

“Well…” said Pru. “It’s a private arrangement. We’d rather we keep it that way.”

“Except when put under the spotlight,” continued the Rinpoche, “Lau Lau insisted to his uncle that he hadn’t rented your ‘ohana after all. He swore on his ancestors that he wasn’t leaving the kipuka until he found a Hawaiian girl and got married.”

The Rinpoche nodded with a manufactured sadness. “What was it you told me a couple weeks ago when I invited you over for a drink? You live a ‘forthright’ life here in Puna? No lies…”

Prudence shook her head and stood up. “I’m pretty sure the word I used was deceptions: I no longer live with pretenses or deceptions.”

“Well, in any case, this business of Lau Lau renting the ‘ohana was a deception.”

“Good. In that case, I don’t want to rent it to you. If you were having a crisis and had nowhere to turn, of course I’d help you out. But given that we’re two willful adults with very different temperaments and a distant (if noteworthy) past, I’d rather not have you around. Besides which you can take care of yourself.”

“Fine. I’m glad we got that out in the open.” He put his hand on the small of Pualani’s back and said to Pru, “I hope you will learn to trust me some day, and let the past be far far away, out there.” He pointed to the ocean. “Rivers flow and they renew. Let time flow. Let your own river carry you forward, not mire you in the past.”

“I’m not mired in anything, Kyle.”

“What?” said the Rinpoche.

“No, I was just reminding her that you go by Rinpoche. Kyle is the name of the man you left behind in Mexico.”

The Rinpoche nodded assuredly. Prudence just glared at him.

“Yes yes,” he said. He smiled and said his alohas. Then to Pualani: “Let’s find a spot to put our towels.”

The two shadowy lovers left. Prudence sat back down on her towel. Down by the water’s edge, Katie Lynn was lying on her back making angle wings in the sand.

“Is that for real?” Matthew said to Pru, his gaze transfixed on Katie Lynn. “Did you really rent your place out to Lau Lau?” 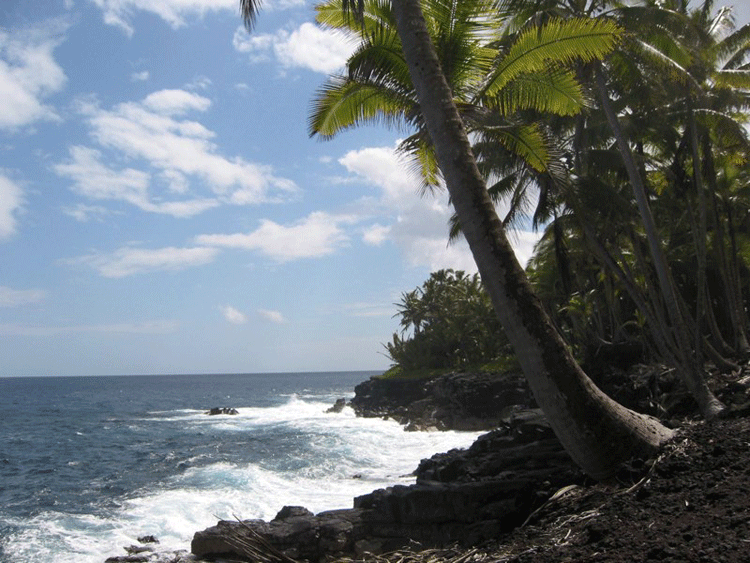